THE PI OF LIFE 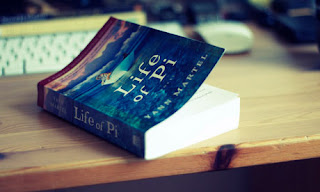 Circa 1995 and sitting in a class largely comprising of professional, semi and wannabe geeks, I was being shot in the head by words like ‘Derivatives, Forward contracts, Floating exchange rates, Hedging, Spot contracts’ and the like ... and though as always, I was sitting at the back of the class, I clearly felt the finance jargon bullets pierce through my cranium at close range.

The class was on Foreign Exchange and the preacher was a certain Mr. T. Mr. T used to work in treasury at a foreign bank and used to regularly inundate us with Forex Treasury paraphernalia.

I understood very little and it probably had to do with my long tested limited comprehension capabilities ... so though I was academically inclined enough to finish with a costing degree and a decent enough Business school seat ... beyond that my academic brilliance was genuinely suspect.

So as I sat there struggling with the knowledge I seldom grasped, wondering with, at a conservative estimate, the other 20% of the class, “What the F*** am I doing here?”

Cut to yesterday ... sitting in a cinema hall at Wadala and mesmerised by Ang Lee’s ‘Life of Pi’, for some strange reason ... Mr. T’s complex class on Finance whirled through my head.

Years back, I had read Yann Martel’s ‘Life of Pi’. It was a single session read and that is generally my benchmark for a book I like ... I should also take the pain to mention that from reading two fiction novels a day, my reading habits have largely devolved to two books a decade ... or probably less. The rise of the internet has been inversely proportional to my reading habits ... there ...  I finally have a villain to blame for my cultural degeneration. Thanks Internet!

I clearly am a sucker for high concept stories and was impressed enough to list Pi as one of my all time favourite books. Earlier Manoj Shyamalan was to make a film on the same. Not having recovered from my dislike of the cinematic presentation of my other favourite, ‘The Ice Candy Man’ (Made as 1947 Earth), my immediate reaction was to disregard it as another one of Hollywood’s really bad ideas.

In my mind, Pi is a difficult book to film and primarily, a more difficult job to write an engrossing screenplay on. Most of the events take place in the middle of the sea with a tiger for company ... add to that ... no big time romantic interest, no gun fights and definitely no songs around trees.

To be fair, however, Hollywood has already done a pretty cool job with ‘Castaway’. ‘Castaway’ was also a difficult screenplay to write ... probably a more difficult job considering that Tom Hanks had only Bob, the football to keep him company. The difference being ‘Castaway’ has a far more believable element to it at an intrinsic story level.

‘Li of Pi’ is more fantasy and clearly a tale where one needs to suspend belief. Here, for most part of the film, one also needs to believe Pi’s incredible tale for the film to work.

It is also important to have fondness for the literature from which the film is derived. Most folks who have disliked the book have also disliked the film ... hence I would like to keep my post limited to the cinematic adaptation of the book.

Firstly, the choice of Director ... Ang Lee. There is something soulful about the way Ang Lee makes films. His more recent ‘Lust, Caution’ is an exercise in cinematic control. A similar film in Hollywood would have pounding drama, car chases and the works ... but ‘Lust, caution takes the more difficult path of slowly involving you in the story of the leads while gently nudging you towards the payoff. Other notable films by the Director include Hulk, Brokeback Mountain and Crouching Tiger Hidden Dragon.

As a Director, ‘Life of Pi’ is a more difficult book to adapt to film ... say as compared to ‘The Godfather’ ... no great lines ... no colourful characters ... nothing traditional to hook a lay audience ... except the tiger! 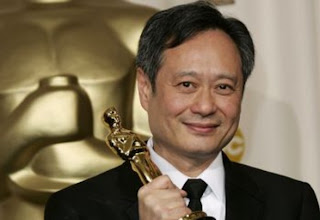 Somewhere Ang Lee must have realised that the only way to film the book was to give a novel cinematic experience. The 3D was probably conceived as a gimmick and a deliberate way of engaging and distracting the audience with a film tool.

The 3D is definitely awesome and one of the best that one has seen in films so far. Every little thing has been thought of including the awesome opening titles.

Actually speaking, there is very little to talk about beyond the visual appeal of the film. Life of Pi tries to engage the audience visually rather than at the script level ... which a ‘Castaway’ does better. Probably that is why I liked the film since while reading the book, I visualised far less.

Largely, Pi seems to have found an audience. Why is that the film has been generally liked? My view is that Ang Lee kept things simple. More importantly, he tried to reach an audience who hadn’t read the book.

That brings me back to my days in the Foreign Exchange class at business school. The professor then kept throwing jargon at us. Most times, I didn’t understand jackshit. That, I believe, defeated the very purpose of having a professor in class.

Eventually, it did dawn upon me that all business transactions in Banks, stocks, marketing or even films  ... irrespective of the jargon used ... are based on the same underlying principle of profit ... that selling price has to be higher than buy rates ... basing it on as simple as the profit principle, all of Mr. T’s foreign exchange jargon suddenly fell into perspective. In business deals, jargonising simple concepts is simply a way of sounding more intelligent and generally a covert way of charging a higher premium.

In all fairness, I do use a lot of jargon myself ... Jargon, if you know what it stands for, helps condense the use of multiple sentences. If you don’t, then you are just plain lost ... that is probably the lesson one learns from Masters like Ang  Lee ... to reach an audience who haven’t read the book.

Years later, after I started studying at film school, to make ends come closer (Alas! they still don’t meet), I used to teach maths at an MBA coaching centre. My single most endeavour was not to complicate the subject. Probably I succeeded ... probably I didn’t ... but my teaching efforts were largely guided by my complete incomprehension of those forex classes ... proves that everything in life has a payoff.

That probably has been my approach to the films I make. Not to complicate the simple ... and to simple out the complicated ...  if only I could apply this principle to my life ...

It definitely is easier to blog about than implement ... that bitch ... the Pi of Life.