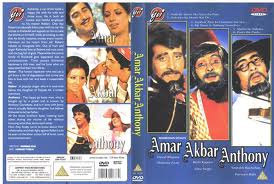 I spent my childhood and most of my adolescent years in a lower class area in suburban Mumbai. The area was called Yashodhan Nagar and the town was neighbouring Thane. Ganpati and Navratri were celebrated with a lot of gusto and fanfare here. Noise levels were at their peak and Hindi film songs were belted out on loudspeakers all through the day

Today I stay in a more affluent part of Mumbai and witness a more muted Ganpati and Navratri. I guess it has something to do with class. As you become relatively richer, the simple things around you (and probably which you grew up on) disturb you a little more than earlier. You seem more prone to pollution, feel the heat a wee bit stronger, the noise bothers you a bit more and you imagine yourself to be more susceptible to water borne diseases than when you had no money to buy bottled aqua pura. The relatively poorer have no such issues since having an issue always has financial implications. If you have the money, you can afford the resolution. Mineral water over tap water is one such resolution but it does cost money to buy packaged H2O and I am a classic example of the class transition.

Even today, there is something about the lower class areas during festivals and otherwise. The energy is always different. There is more vibrancy and a certain buzz in the air, which one misses in the more affluent areas. This, probably, has to do with a more community feeling, largely due to common basic issues faced on a daily basis by the residents. This is largely a world of limited drinking water, unhygienic public toilets and corrupt ration shops, which people like me do not face on an everyday basis any longer.

Last week I visited the Durga pandal in Yashodhan Nagar after almost a decade. Even mid afternoon, there were around a dozen people attending to the needs of the Gods. In stark contrast, the pandal in an upper class area in Mulund was more or less empty, a one off devotee was hanging around in the background and the building watchman was sitting disinterestedly near the idol.

Point being, in the early 80’s and in the absence of cable television, internet and the likes, festivals were a major means of entertainment. There were sports organised by the various mandals, community gatherings and films screened on the big screen at night.

A solitary projector beamed some Hindi blockbuster with a big white screen put up in the middle of the road. People sat on both sides of the road and the number of people on both sides could easily stretch upto half a kilometre. The single projector played one jumbo reel at a time and stopped to change a new reel every 20 minutes but none of that seemed to bother the devout audience. The other side of the screen showed a mirror image of the visual and yet there were around a thousand people sitting on the other side, taking in every visual of their favourite hero with bated breath. The opening credits were in their mirror image form but who the F reads opening credits anyway?

Those were some of the best memories of film watching that I have had. Today, the only place where you get a similar experience is at the Piazza Grande at the Locarno Film festival in Switzerland.

I had been to Locarno with my film ‘Rewind’ in 2007. My most ardent memory was of watching ‘The Bourne Ultimatum’ sitting in the middle of the road, in front of a big white screen with 10,000 people. That was so much like the Yashodhan Nagar of the 80s. 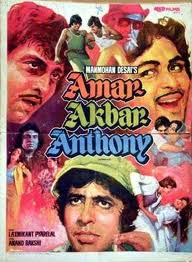 It was Ganpati 1983, I guess. The film to be screened was Manmohan Desai’s ‘Amar Akbar Anthony’. It had a huge star cast consisting of the reigning superstars Amitabh Bachchan and Vinod Khanna ably supported by Rishi Kapoor, Neetu Singh and the sultry Parveen Babi, their names written in bold letters in white chalk on the black board under my building.  The film was to start immediately after the Ganpati aarti (prayers). Not surprisingly, there was always a healthier turnout at the prayers whenever a film was to be shown.

A film on the road was always a big event and people thronged the venue from Kilometres around. One had to book a place if one wanted a ringside view of the screen. At a conservative count, there wouldn’t be less than three thousand people to watch even the worst of films.

The Ganpati aarti over, we awaited the arrival of the paraphernalia. Soon, the projector, the white screen and the 35 mm film reels arrived in a hired jeep. One part of the diligent team went about putting up the big screen, while the other began setting up the 35 mm film projector.

I was around 11 years old; old enough to know that ‘Amar Akbar Anthony’ was a big film and it was going to be a full house. I pulled up a mattress from the house and plonked myself on the ground just 5 metres away from the screen.

Soon after, the lights dimmed, the projector whirred and ‘Amar Akbar Anthony’ started to play on the big screen.

The film started to the usual wolf whistles, claps and roars. Every entry by the hero was applauded. Every agony inflicted by the villain frowned upon. The fist fight between superstars Amitabh Bachchan and Vinod Khanna was a special treat. 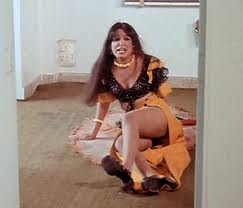 Coming to the point, the plot has Amitabh aka Anthony vying for Parveen Babi’s attention. Over the course of the film, Parveen Babi has no choice but to fall for the uneducated, illiterate but good hearted Anthony. The only thorn in the side is the bulky Zebisko (played by Yusuf Khan). Zebisko wants to marry the sultry Parveen (who wouldn’t?) but unfortunately for him, it is almost the pre-climax of the film and by now, Parveen is madly in love with the drunkard Anthony. Parveen is desperate to fly into her Anthony’s arms, but Zebisko is unwilling to relent. Not willing to take No for an answer, Zebisko pulls Parveen and pushes her into a room. She goes flying off on her back and falls down ...  skirt torn ... legs apart ... the camera lens ... looking directly into her undergarments.

Now what possible influence can this have on an 11 year old boy sitting at a 60 degree upward looking angle, 5 metres away from the screen? That was my wet dream for years to come. For a long time and largely due to the viewing angle I had the privilege of watching Parveen’s panties from, for years I believed that I saw more of Parveen Babi than the rest of the audience. The fact that it was a 2D image struck me much later in life and that it had the same viewing satisfaction for everyone who ever saw the film, was a bit of a dampener.

In a couple of years, times changed and the big screen was replaced by the Video tape and the Video recorder. Hiring a projector and a screen to watch a single film seemed far more expensive than hiring a colour TV, a Video Player and 6 pirated video tapes to be watched back to back in one Ganpati or Navratri night.

The big 35 mm public screening died its natural death and gave birth to the phenomenon of the Video Cassette Player. There were probably some sexual video memories here too ... but that is another story.