Rewinding to DNIWER (Part I) 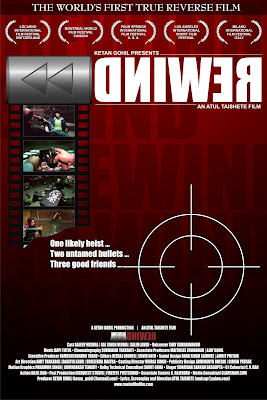 It was 2006. I was offered my first feature film to direct in that year.
Pasha, a dear friend, was then a Creative Producer with the Rama Naidu/ Suresh Productions banner in Hyderabad. The legendary Rama Naidu had produced more than 125 films so far. Productions in four more languages and it was to be a Guinness record for the legend for having produced a film in every major Indian language. Marathi was one of the languages he still had to produce a film in.
Pasha asked me if I had a script to make a Marathi film. In my initial days, when I had just quit my job in a Bank and used to hang around Prithvi theatre, I had met a talented writer named Sunil. He had then written a Marathi play called ‘Daddy’. He had wanted the play to be translated in Hindi. I was young and enthusiastic and had done the translation as a favour. I had some issues with the writing but had generally loved the basic plot.
I was reminded of that play and narrated the basic concept to Pasha. It was a father-son story, of an obsessive father and his 36 year old son. We had, then, discussed a tentative cast comprising of Vikram Gokhale and Sachin Khedekar. The story was largely commercial and high in emotional content. Pasha liked the story and asked us to send him a synopsis. The synopsis was approved and Mr. Rama Naidu recommended that we should also narrate to Mr. Shyam Shroff (The Fame chain of theatres) since he would eventually distribute the film in Maharashtra. Mr. Shyam Shroff too liked the basic plot and we were all set to commence work on the screenplay.
It is here that the differences cropped up. Me and Pasha were convinced that a certain part of the story needed to change. Sunil, the writer, was adamant. He felt that the story was a part of his life and was not willing to cede an inch on the writing.
We tried to convince him but in vain. I was not keen on directing a film where I did not have the final say on the writing and we decided to back off from the project.
Here, I need to clarify that I had passed out of FTII in 2004 with training to be a Motion Picture Cameraman. Some other events in the Institute had forced me to opt for a specialisation that I was not really keen on and since I had not passed out as a Direction student, I didn’t make any films at FTII after the first year. I did graduate as a Motion picture Cameraman from FTII but was adamant enough to be a Director and never touched the camera ever after graduating in 2004.
By then, I had worked as a writer on ‘Johnny Gaddar’ and ‘Risk’. I had also directed a couple of commercials. However, thanks to having chosen Cinematography, I had no fiction showreel as a Director. The Suresh Productions project would have been a big boost but things hadn’t worked out.
The next couple of months were spent smoking cigarettes and drinking alcohol, ruing the opportunity lost. Eventually the realisation that ‘Daddy’ was over sunk in. It was time to move on. 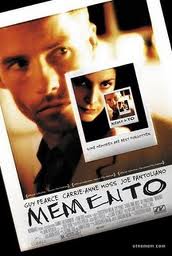 I realised that I did need a kickass showreel to begin with. I had to do something which hadn’t been done before, else it would be just another short film by another wannabe Director.
I must have scanned through a couple of hundred ideas before I remembered a film I had seen a year back ... Christopher Nolan’s ‘Memento’. The more recent 'Ghajini' was largely inspired from this film. A part of the entire screenplay of 'Memento' is in reverse, that is to say if there were 100 scenes in the film and if the screenplay was to be written in a linear way ... the actual chronology in the film was to show Scene 100 first, followed by Scene 99 and so on.
This, by itself, was not a ground breaking structure. The comedy series ‘Seinfeld’ had successfully experimented with the reverse sequencing of scenes in a certain ‘India Episode’ as early as 1996. Not many are aware that 'Memento' had merely borrowed the structure from 'Seinfeld'.
Seinfeld India Episode YouTube Link
I felt that I needed to go beyond the reverse sequencing and probably tell a story completely in reverse. That would be a completely fresh take on the 'Seinfeld India Episode'.
Well ... so what I had here was a fresh form to experiment with but no story to tell.
Yet again, I went back to writing plots but not coming up with anything significant. Then I used something which Sriram Raghavan constantly talked about. Go back to films and scenes you love and adapt it into something completely original.
One of the most spellbinding scenes in Indian film history is the Russian roulette scene in ‘Sholay’. That formed the basis of the setting of ‘Rewind’. Here I decided to further push the form. In ‘Rewind’, visually every shot would move in reverse but the narrative voiceover by itself would move in a linear way and it is at the climax of the film that the reverse visual and the linear voiceover would meet.
'Memento', 'Irreversible' and the 'Seinfeld India Episode' had taught me one thing. That there has to be a reason for a film to move in reverse. At the end of it, the audience has to be surprised and feel satisfied that there was a good enough reason for the Director to indulge in that form.
My view has been that a thriller is the best genre to adopt the reverse sequencing form but probably any story with a twisted end will do. Without a surprise, the reverse sequencing structure is generally unnecessary and does not do justice to the form.

That is probably the reason why the reverse scene structure form of ‘Irreversible’ does not work for me. ‘Irreversible’ by itself is a very decent film but, I feel, the reverse sequencing of scenes in the film is completely unnecessary and doesn’t really add anything to the film per se. It would be no different a film if it was linear. To me, the reversing of scenes in 'Irreversible' just seems like an afterthought (which, incidentally, it actually was)
The script written, I now needed to make the film, but I had no money. If at all, I owed money to a lot of friends. Thereon began the process of trying to find a Producer. It was a sizeable investment and no known returns. I was sure that no known Producer would put money in the film. I asked a few friends but they seemed reluctant and I didn’t want to force a non-commercial venture down their throats.
That is when I remembered Ketan Gohil. Ketan was a batchmate while doing my MBA at Jamnalal Bajaj. He had, since then, gone on to become a stocks trader. He had the film making worm wriggling in his you know where. He had regularly asked me to pitch to him if I ever had a small project in mind.
I met Ketan and put the cards on the table. I had no idea of what the returns from a 10 minute film were. There would probably be a 100% loss but well ... here was the script.
What followed later was a dream. It was hardly a couple of pages. Ketan read the draft and uttered the magic words, “This is superb. Let’s do it”.
To be continued : Rewinding to DNIWER (Part II)
Posted by Atul Taishete at 15:03