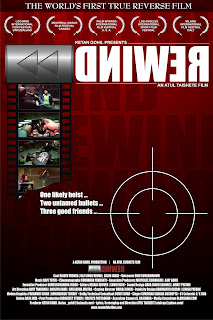 Wanted to and should have actually done this a long time back, can attribute the delay to sheer laziness.

The short film is a very different animal from a feature. Unlike a feature film, where most variables are controlled by film production houses and distributors, marketing a short largely depends on the Producer and Director ... since generally ... they have no other choice but to shoulder that responsibility themselves

We finished making Rewind sometime in January 2007 and here is an attempt to graphically detail what we did since. Hope this blog helps some amongst you to market your short films better.

WHAT IS THE OPTIMUM LENGTH OF A SHORT FILM?
Any film which is less than 40 minutes is technically a short film but it helps to keep short films short. Short films are bundled together and shown at film festivals. Most festivals prefer films which are less than 15 minutes, largely because it fits their programming requirement. Most sites which sell short films on the net (like an iTunes) generally do not have films more than 15 minutes in length. This is not to say that anything above 15 minutes is not selected or sold, but there is generally not more than one film more than 15 minutes in a 5 film programme in a festival. I guess it is more from a festival programming perspective and nothing else

The length requirement also changes from distributor to distributor. To quote an example :

Post the screening at the Locarno Film Festival, a short film programmer wanted to buy Rewind for screenings before feature films in Switzerland. He was very keen to select Rewind but it did not work out since they were looking for films with a maximum length of 5 minutes (while Rewind is hardly an 8 minute film).

We made Rewind in February 2007. I had roamed around a bit for the money, asking for a measly 1.5 lakhs to make a DV film but no one was interested. Ketan Gohil (the producer of Rewind) was a batchmate from my MBA days. Ketan had, time and again, said that he wanted to make a film. I was looking to make a showreel and he was looking to make that one film. He was not really looking for returns, so that helped. We finished the film in 30 days, on a budget far higher than the one mentioned above and with four 35 mm dolby digital prints.

THE FESTIVAL CIRCUIT
One hears a lot about the festival circuit. From a selling perspective, it is highly overrated. Seldom do films get sold at festivals. Most times, one is spending more money to send films to festivals with no tangible returns. Technically speaking, one is just spending money to get one’s film seen, when it should be the other way round.

That is not to say that it does not have its advantages. Like films do get noticed and hit the bigger circuits. The original Saw, The Little Terrorist, District 9 are good examples of what a well noticed short film can achieve. 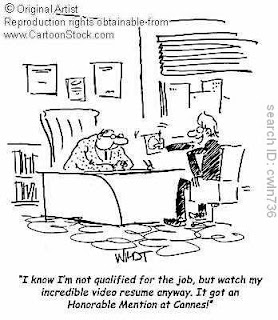 HOW WE APPROACHED THE FESTIVAL CIRCUIT 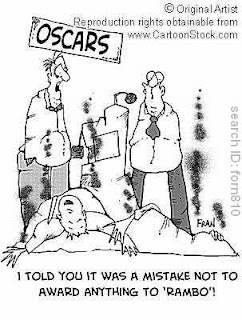 We decided that we will first send the film only to a big six festival (Berlin, Cannes. Locarno, Venice, Toronto and Sundance). The reason why one waits for a big six festival is that if the film actually gets noticed then the film may hit the bigger circuit (like Sales, feature film deals, etc). Also, most big film festivals have a world premiere policy, so if you have already screened your film at a small festival, they generally do not consider the film in the competition section.

Cannes rejected Rewind. The rejection came through in March. The next big festival was Locarno in August. It was a long wait.

Here one has to talk about the Oscar short list. If you made a film in a format which suits a festival, you can just send the film. The festival, then selects or rejects a film. That, however, is not the case with the Oscars. To send a film to the Oscars, the film has to win a designated prize at one of the Oscar nominated festival.  If and only if a film wins at one of these festivals, then it qualifies for an entry to the Oscars. The complete list of the festivals which qualify for an Oscar entry are available on the site.

We decided to wait for Locarno. Since nothing had happened and nothing was going to happen for the next five months, Ketan was getting a bit impatient. If Locarno rejected the film too, should we wait for Venice? We decided not to but send the film to some Oscar nominated festivals. Luckily. Locarno selected the film. Around the same time, the film was selected at four other Oscar nominated film festivals (Palm Springs, Milano, Los Angeles and Montreal)

We went to Locarno with huge expectations expecting the film to be sold the moment we landed in Switzerland. We spent a good ten days and more money but nothing happened. We made a few friends, drank a few beers and came back.

If the film has been sold, a lot of that credit goes to the producer Ketan Gohil. Ketan has this great theory, “Jo bhi USA mein badaa hotaa hain, duniya usko salaam kartee hain (if you become big in the USA, the world salutes you)”. Maybe he is right ... Well, Ketan has generally been right on Rewind.

Palm Springs and LA international film festivals are supposedly great markets for short films. That is what the net said. None of them were paying for the flight ticket but Ketan was convinced. He flew to the USA on his own money, had a meeting with Linda from Shorts International who liked the film and picked it up. The contract was signed in October 2007. We had finally managed to sell Rewind. It took us nine months to sell the film.

SHORTS INTERNATIONAL
Shorts International is the biggest player in the short film market in the world. Their distribution network is unmatched. Rewind, for example, was bought by HBO Czechoslovakia. Sitting in India, how does one access a television network in East Europe? Shorts International gives you that access. You can read about them and send a film directly to them.

Indieflix, a company based in North America, is yet another big player in the short film market. Their business model is very similar to Shorts International. They sell films per download or unlimited monthly views for a certain fee. We were approached for ‘Rewind’ but couldn’t be a part because of internet exclusivity at that point. As we rummaged through the contract, we realised that the dvd rights were non-exclusive. Ketan signed the contract sometime last year and Rewind was launched as a part of a 4 film package under the ‘Adrenaline’ section under the series ‘Film Festival in a Box’ in North America.

THEATRICAL RELEASE
A theatrical release for a short film is almost impossible. I had seen a short film being shown before a feature in Paris. A dear friend now, Umang Pahwa was then working for PVR. He had called to ask if I had a feature script. I suggested if they could show Rewind before a feature.

Surprisingly, almost everybody at PVR (Ashish Saksena, Ranjan Singh, Rajendram   Akula, Sameep & Prakhar Joshi) was excited and even gave us a small part of the distributor’s share. It was just plain nice of them, since there is no real tangible return from showcasing a short film before a feature. Rewind had an all India theatrical release and was shown prior to the Michel Gondry film ‘Be Kind Rewind' 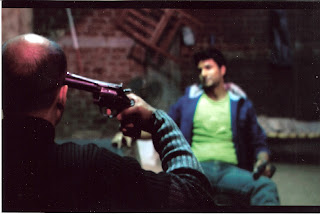 PALADOR
We have/had a small non-exclusive deal with Palador. They have an Indie corner section on their dvds where they showcase short films. The deal was that they would pay us Rs. 5 per dvd sold. In India, Rewind is available as a bonus film with some Alfred Hitchcock feature films (Blackmail, The Skin Game, Rich & strange, The Manxman & Murder). Probably Palador no longer exists. Enlighten was also looking for films since they had contacted us a long time back. I have no other details on them or what they are looking for so I guess, Producers and Directors can still contact them and find out 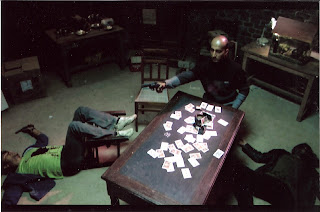 MAGIC LANTERN FOUNDATION
They are probably the best and the most aggressive. They have more than 200 short films in their profile. They are trying their best to create a short film market in India. They also buy feature films. They also pay whatever they can. We can vouch since we do receive regular cheques from them. Actually, they are the only ones in India who we have received cheques from. 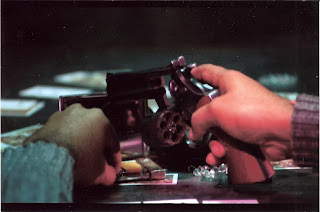 OUAT MEDIA
This is one other distributor in Canada who had approached us to distribute Rewind. Since we already have an exclusive deal with Shorts International (other than South Asia), we didn’t pursue the same. More recently, a friend of mine Vinoo Choliparambil had send his film ‘Vitthal’ to them and they were interested enough to send him a non-exclusive contract. Here is their website address 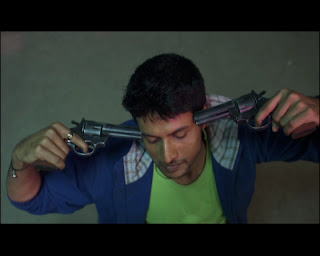 Shorts International wanted exclusive international rights for Rewind. Ketan fought and retained all rights for South Asia (India, Pakistan, Bangladesh and Sri Lanka). So if anybody wants to buy these rights from us for these markets, they are still available.

Though the film is available on dvd in India, Ketan had been smart enough to give out only non exclusive rights. It makes perfect sense, since most distributors in India are looking for a free lunch. So if nobody is paying you, then you might as well get the film seen by more and more people.

You can see the complete film here :

Please feel free to add names if you know of any other genuine distributors for short films ... or any other information which helps to contribute to this blog. Hope this info helps in selling your shorts.