AM A MONKEY ... WILL WRITE FOR PEANUTS 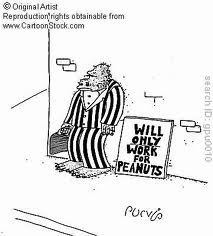 The first time I wrote for somebody else, I wrote for almost a year and got paid 25K. The second time, I wrote 6 drafts of a script, I was promised 150K but was eventually paid only 60. In both films, nobody was interested in signing contracts. I left both the films after writing continuously for almost a year. Fortunately, the directors of both films were fair enough to acknowledge and give me writing credit. The first film was ‘Johnny Gaddar’ (Additional Dialogues) and the second was ‘Risk’ (Screenplay).

That was circa 2006. More than 5 years have passed and I have refused around half a dozen film writing assignments since. Part of it was disillusionment with the whole process. Most film writing begins with a measly advance. This is followed by nights and nights of dvd watching and reams and reams of generally inane writing, necessarily in that order. It is, however, generally not followed by another cheque.

So one silently watches the Fashion Designer charge a couple of lakhs for that two piece cleavage hanging swimming costume and observes the actor, who charges 50 million, and yet asks Production to pay for the two bananas he has ordered to fill up on his quota of carbohydrates. All this, while the writer has to buy his own pen and paper and in more recent times, a Laptop and a Printer.

Film writers are also offered the most creative excuses. In my earlier days, I was to be hired to write the screenplay of a film. I was grateful for the offer made but managed to ask, what my credit and fees would be. The answer still surprises me. ‘Your credit and money will depend on how much of what you write is in the final film”. I still remember replying that by the time the film gets ready, the money kept for writing (Money for writing? What was I thinking?) will be spent into buying film stock. That is exactly what happened. The film shut down after shooting 70%. There was no money left ... either for writing or for buying stock.

Strangely, I am sure, the same Director never told an actor, “Well buddy, I have an INR 20 Million budget for actors, so what we will pay you will depend on how much of screen time you have in the final edit. The money will be divided pro rata amongst all the actors. Please contact Production once the final film is edited to know how much is due to you”

The fun part, however, is that almost every Director or Producer I have met, talks about the importance of good writing in films. One is bombarded with words like ‘Foundation’ and ‘Basis’. Eventually it just turns out to be mere semantics. As we understand cinema in India, everything (and I mean everything) is subservient to actor dates.

Probably, that is why I like the Salman phenomenon. The star is supreme in such films. As a Producer, Director or a Writer, one is, at least, aware of where one stands and there is little to complain since the entire onus of a commercial hit or a flop is borne by the star. At least, nobody is negotiating to pay based on how much of what you wrote is in the final film. Most of the writing is already on some South Indian DVD. The only skill required is to know how to read subtitles.
Posted by Atul Taishete at 09:50